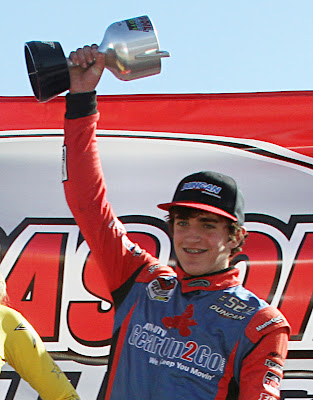 Saturday December 10th Final Round #15
-Gear UP2Go's Kyle Hart driving his Duncan Racing Yamaha YFZ
450R powered kart finished the LOORRS Modified Trophy Kart final round in style, scoring his 3rd win in only his first season of competition. Hart started from the second row and battled with teammate Mitchell DeJong throughout the race. The duo put on a tremendous race as they battled for the top spot on the podium.
Hart’s Victory propelled him to 4th in Overall in trophy kart championship final point standings and earned him the honor of “Rookie of the Year” 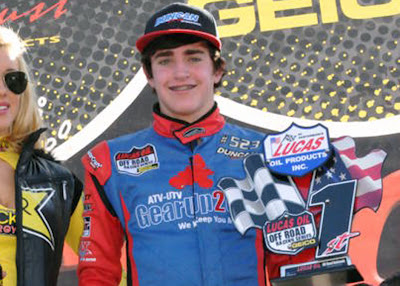 Sunday December 11th CHALLENGE Cup
The Hart camp still floating on air after Saturdays heroics was about to be overwhelmed again with Kyle’s performance in the year end Challenge Cup race.
*The Lucas Oil Challenge Cup inverts the year’s point’s finishers into a 16 lap free for all.
Hart starting from the 4th row, battled his way to the runner up spot by the mid way caution. On the restart Hart bolted to the front and proceeded to check out on the field. Leaving no doubt who the dominate driver in the dominate truck was for the day. 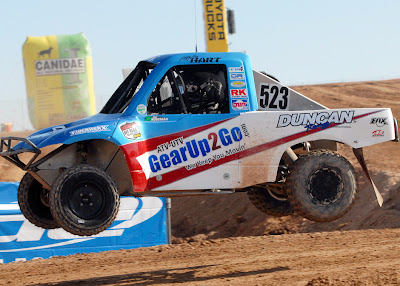 For famed ATV company Duncan Racing International is was their 11th victory of the season for their Modified Trophy Kart program consisting of DR Engine, Fat Boy 4 Exhaust and Vortex X10 ECU's.  An impressive showing since DR only entered the kart racing since in the spring of 2010. 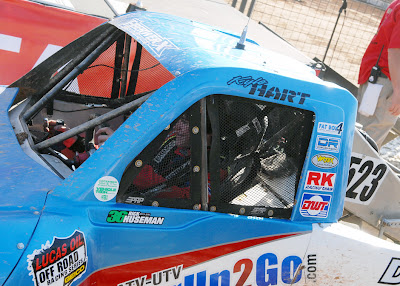