I know when we were riding the trails last weekend some resorts had regular fuel at $8.50 per gallon! That is the highest number I had seen ever in my life. Be sure to fill your containers and carry fuel with you like with the containers we sell at GearUp2Go: 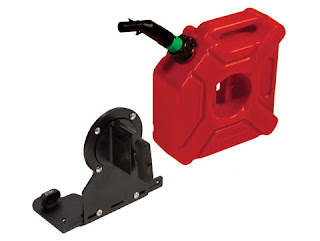 The average price of a gallon of regular gasoline is expected to drop to $3.50 this summer, analysts told the Associated Press.

The drop is expected as oil dipped 15 percent in price this past week, the Associated Press reported. The average price of gas in the United States has reached nearly $4 of gallon in recent weeks, according to the Energy Information Administration.

Some analysts told the Associated Press they expected oil to drop from $97 per barrel to $80 in the coming weeks, which would likely decrease the price of gas at the pump.

“It’s going to be $3.50 per gallon this summer,” oil analyst Andrew Lipow told the Associated Press. “At the very least, you can expect prices to fall 40 cents or so over the next several months.”

However, he also predicts that oil will reach $110 per barrel again by the end of the year, bringing gas prices near $4 per gallon again.